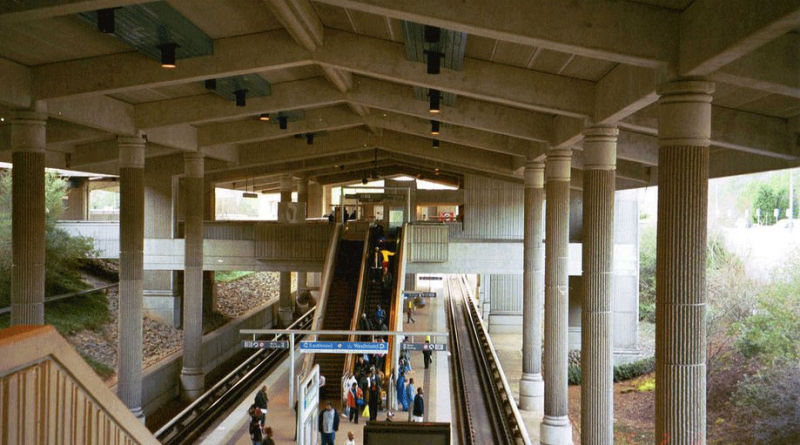 Collingswood Commissioners Test-Drive Electric Cars in ZEV Promo
Matt Skoufalos, NJ Pen, November 1, 2018
Representatives of Environment New Jersey brought zero-emission vehicles (ZEVs) to the Borough of Collingswood for test-drives by Borough Commissioners. The event, which the nonprofit group has held in several other communities, is intended to raise awareness of growing demand for electric vehicles.

Madison Realty Capital Lends $68M on NJ Multifamily Development
Cathy Cunningham, Commercial Observer, November 7, 2018
Madison Realty Capital (MRC) has provided a loan for a TOD multi-family housing project in Harrison, NJ. The loan finances two developments, which are next to Harrison’s newly renovated PATH station. This addition to MRC’s portfolio follows loans worth hundreds of millions of dollars to multiple TOD projects across the state, including developments in Bayonne, Raritan, and Linden.

Apartments and Retail Coming to RB Train Station
Dan Johnson, TAP Into Middletown, November 8, 2018
The Red Bank Borough Planning Board has unanimously approved the changes to plans for The Rail @ Red Bank Station. The 1.25 acre site will be developed by Denholtz Associates and turned into a mixed-use TOD around the Red Bank NJ Transit Station. The two vacant restaurant properties currently on the site will be turned into a mix of retail, residential, and parking that caters to commuters on the North Jersey Coast Line.

Downtown Hartford Apartment Project Finally Gets Off the Ground After Nearly Two Years
Kenneth R. Gosselin, Hartford Courant, November 2, 2018
In downtown Hartford, CT, three historic buildings are scheduled to be converted into 66 market-rate apartments by 2020. Expected rents are a bit lower than typical of the downtown area market. Hartford’s Capital Region Development Authority (CRDA), which provided a financing package for the project, sees the potential for TOD in the area where the development is located (near Union Station).

Parking, Balconies, Stair-Case Free from FSI in New TOD Plan
Special Correspondent, The Hitavada, November 4, 2018
The state government of Maharashtra, India, has amended their TOD policy around the Nagpur Metro Rail Corridor to allow more flexibility in building designs. The change allows builders and developers to pay a fee to add additional space to their floor plans. The new policy aims to incentivize development in areas within 500 meters of the Nagpur Metro Rail corridor and generate additional revenue for the government and rail corporation.

Next Stop: MARTA Aims to Bring Transit-Oriented Development East of Decatur
Sean Keenan, Curbed Atlanta, November 5, 2018
Atlanta’s MARTA is seeking a developer for a TOD project around its Kensington station. MARTA would like to see affordable housing with a maximum rent limit of less than 35 percent of the tenant’s gross income, but the agency has to overcome a zoning ordinance that prohibits any retail and office use around Kensington in order to meet its TOD goals. If the project is implemented, it will join the TODs that MARTA and partnered developers have completed around a number of other stations.

Winners and Losers from Tuesday’s Key California Measures
Staff reports, San Francisco Business Times, November 7, 2018
On Election Day, Californians voted on 11 state propositions, a number of which were related to transportation issues. Proposition 1 approved $4 billion in bonds to fund affordable housing programs, including grants for TOD, in an increasingly unaffordable state. Proposition 6 will uphold the increased gas tax, as well as raise taxes on diesel fuel and increase vehicle registration costs. These taxes will provide funding for infrastructure spending over 10 years and will support improvements to the BART system.