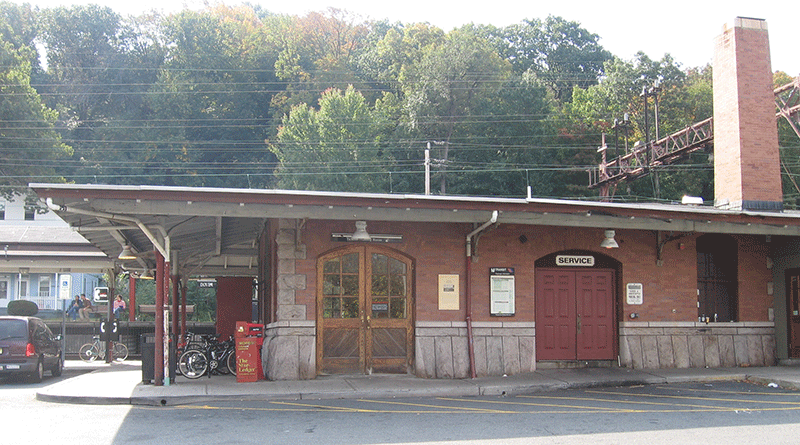 Nestled along the Rockaway River in Morris County with frequent NJ TRANSIT rail service into Newark and New York City, Dover has declared a desire to redevelop and attract more businesses and housing. And, Dover knows that it has attractive assets with a notable train station situated in a downtown on the national historic registry, the Blackwell Historic District. 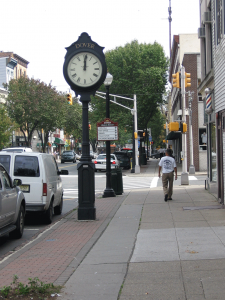 Dover is served both by the Morris & Essex Morristown (M&E) and the Montclair-Boonton lines. Most of the service is M&E with some trains operating directly into Penn Station New York (MidTOWN DIRECT), but others terminating at Hoboken where passengers transfer to PATH or ferries. The more limited Montclair-Boonton line service also terminates in Hoboken and requires a transfer at Montclair State University for access to Penn Station New York. The MidTOWN DIRECT commute is approximately 90 minutes into New York City and a little over an hour to Newark.

With a population of about 18,500, Dover was once a thriving shopping destination, but the commercial district suffered when the nearby Rockaway Townsquare mall opened in 1978. Now, three decades later, Dover is home to an active downtown business district along Blackwell Avenue, thanks in large part to the community’s immigrant population. About 40 percent of Dover’s businesses are Hispanic-owned, a rate that has held steady for more than a decade. As of the 2000 census, 43 percent of Dover’s residents were foreign-born, most hailing from Latin America. This is not a new phenomenon for the town as many of its long-time Hispanic residents arrived in the 1940s and ‘50s to work in local ore mines and factories. Not surprisingly, more recent immigrants are drawn to this Latino-friendly town.

Dover recently updated its master plan, which includes a transit-oriented development (TOD) strategy, as well as land use, housing, recreation, open space, and historic preservation plans. Dover used a grant from the New Jersey Office of Smart Growth to prepare its TOD plan. The goal of this approach is to “kick start” economic development in the town by focusing efforts around the train station. The TOD plan targets eight sub-areas within a half-mile of the train station (an area frequently referred to as the TOD district.)

Dover wants to be in a position to direct development that occurs within in its borders. According to Michael Hantson, town engineer, “We didn’t want to simply take or reject plans brought to us. We wanted to drive the bus.” In August 2005, Dover officials deemed the entire town in need of rehabilitation (as opposed to redevelopment), allowing officials to adopt redevelopment plans, reach agreements with redevelopers and to transfer public property without public bid, but absent the power to exercise eminent domain to acquire properties. To carry out this rehabilitation, town officials opted for a participatory approach to develop the various master plan elements—and this ongoing public outreach helped Dover move toward its goal. Reflecting on the public’s reaction to the recently completed TOD plan, Hantson said that community members had driven the entire process. Dover officials want to focus on the subarea nearest the train station with the goal of becoming a state-designated Transit Village. While there is a small development of 67 one- and two-bedroom condo townhouses in the TOD district, built in the early 1980s, most of the land around the station is largely used for surface parking. Dover would like to see more intensive use near the station encompassing decked parking, housing and commercial uses. Development here will also involve cooperation with NJ TRANSIT, which leases these town-owned surface lots for commuter parking.

Nevertheless, because of developer interest, the first subarea in the Transit Village district that will be transformed is the Bassett Highway area—a relic of mid-20th century industrial and commercial uses covering 17 acres northwest of Dover’s historic downtown. In July, the Dover Planning Board approved the ground rules for redevelopment on the site. The plan calls for a park along the southern bank of the Rockaway River, an 80-foot wide pedestrian plaza, a new town hall and public garage. Buildings will stand four to seven stories, one in nine units would be affordable, and market rate units would contain one or two bedrooms. All new structures will be required to blend in with the town’s 19th century downtown. In late October, the town put forward a Request for Proposals (RFP) for the Bassett Highway Redevelopment Plan and developers will have until January 15, 2007 to submit their plans.